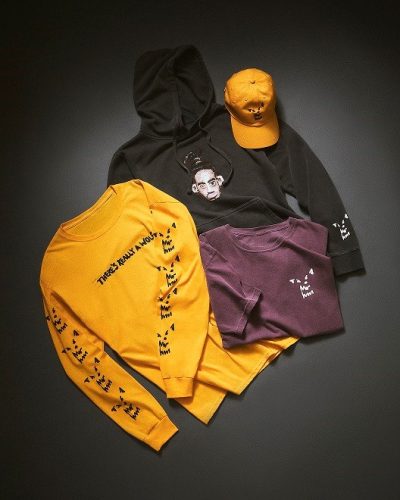 Beginning June 1, the limited edition collection of Russ merchandise, featuring design by Kid Super, will be available at select Urban Outfitters across the country; it will also be available at UrbanOutfitters.com starting on June 4th. Fans will be able to purchase a range of apparel and accessories including t-shirts, sweatshirts, caps and keychains. Prices range from $12 to $64 USD.

Urban Outfitters is a lifestyle retailer dedicated to inspiring customers through a unique combination of product, creativity and cultural understanding. Founded in 1970 in a small space across the street from the University of Pennsylvania, Urban Outfitters now operates over 200 stores in the United States, Canada and Europe, offering experiential retail environments and a well-curated mix of women’s, men’s, accessories and home product assortments. For more information visit Urban Outfitters at urbanoutfitters.com.