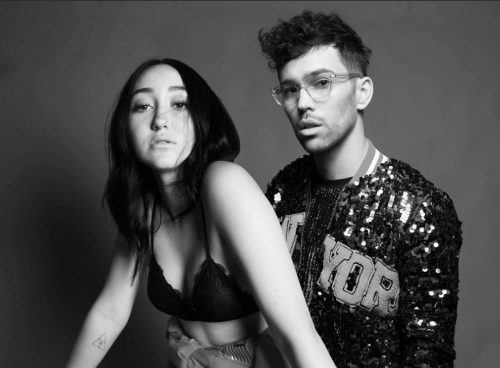 Platinum-selling artists Noah Cyrus and MAX have revealed their new song “Team.” The track is another tease from Cyrus’ forthcoming LP, an emotional love song showcasing Cyrus’ softer side.

“This song and the way everything came together means so much to me,” says Cyrus. “The [single] cover is actually a photo of my grandparents who met on a Monday, got married on Friday and were together for 29 years until my grandpa passed away when my mom was 19. I wrote this song for someone I love very much and my Mammie and Glenmore inspired so much of it.”

“It’s easy to get lost in the bubble of any close relationship. After two years of my own marriage, I’ve seen things start to evolve and change – you have your little fights maybe your moments where you don’t appreciate that other person as much as you should,” says MAX. “‘Team’ is about making sure that you remind yourself it is always you and the people you love the most against the world. You find strength and passion in the people that are on your team. You have their back forever no matter what.”

Cyrus, the 18-year old rising pop star, opened for Katy Perry on her U.S. tour and she recently sold out her first Los Angeles show at the Troubadour in mere minutes. She once again made an appearance at Coachella, for the second year in a row, this time joining Alan Walker for “All Falls Down.” Cyrus’ star began to shine in 2017, as her debut single with Labrinth “Make Me (Cry)” went straight to #1 on Spotify’s Viral Global Chart within hours of release, and has since surpassed 420 million global audio and video streams. Her follow up songs, “Stay Together,” “Almost Famous,” and “Again” have continued to rack up streams and views and her budding fanbase grows daily. Her forthcoming album is due later this year on RECORDS/Columbia.

MAX broke into the mainstream scene with the success of his song “Gibberish” and most recently has found major success with his platinum-selling single, “Lights Down Low” which reached #1 on Billboard’s Adult Pop Radio Airplay chart, #23 on Billboard’s Hot 100 chart and reached top 5 on Top 40 radio. Additionally, the track has over 500 million combined streams and reached #1 on Shazam’s Top 100 chart. MAX has toured with Fall Out Boy & Wiz Khalifa, opened for Diplo, performed at Lollapalooza, and currently wrapped up his own headline METEOR Tour. He has also become a sought after feature for some of today’s hottest electronic artists including 3Lau, Audien, Whethan, Illenium and Matoma. The singer was listed as one of the top pop stars to watch in 2018 by Billboard.