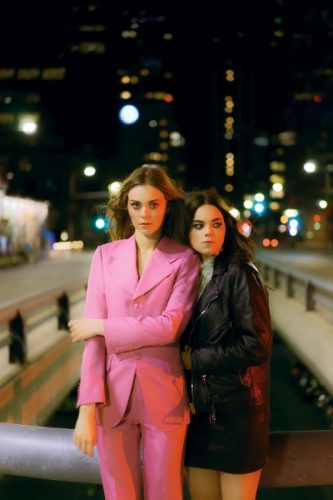 Columbia Records duo First Aid Kit has announced The Rebel Heart Tour, which kicks off this fall in support of their critically acclaimed album Ruins. The 18 city trek will bring First Aid Kit to Washington D.C., New York, Los Angeles, and more, including a prominent set at Life Is Beautiful Festival in Las Vegas. Julia Jacklin and M. Ward will support First Aid Kit on select dates throughout the tour. Tickets go on sale Friday, 5/11 at 10am local time, visit www.firstaidkitband.com for more information.

First Aid Kit says: “North America, we can’t get enough of you so we’re coming back in the fall with the #RebelHeartTour. We’re looking forward to returning to some of our favorite cities again and to exploring new places like Las Vegas and Albuquerque. The venues are epic and the opening acts are epic as well. For LA and San Fran, we will be graced by the presence of our hero M Ward. For the rest of the shows, one of our new favorite artists, the incredible Julia Jacklin, will be opening. It’s going to be really special. We can’t wait to get your rebel hearts beating with us!”

The tour announcement follows the duo’s sold-out North American headline run in February and stellar performances at Coachella last month. First Aid Kit will return to the US this June for select shows around their appearance at Bonnaroo Music and Arts Festival. They will also play a show at Red Rocks with Ryan Adams on June 14. See full tour routing below.

Ruins was named one of the most anticipated albums of 2018 by The Wall Street Journal, Consequence of Sound, Cosmopolitan, and more with Pitchfork declaring it “a showcase for [First Aid Kit’s] sweet harmonies, with some bold stylistic departures.” The band recently appeared on Jimmy Kimmel Live! where they performed current single “Fireworks” and powerful song “You Are the Problem Here.” Their performance of “Fireworks” received praise from Rolling Stone for its “angelic harmonies,” while Jezebel reflected “oh my Lorde—can these two play a beautiful tune.”