GET THE TRACK HERE 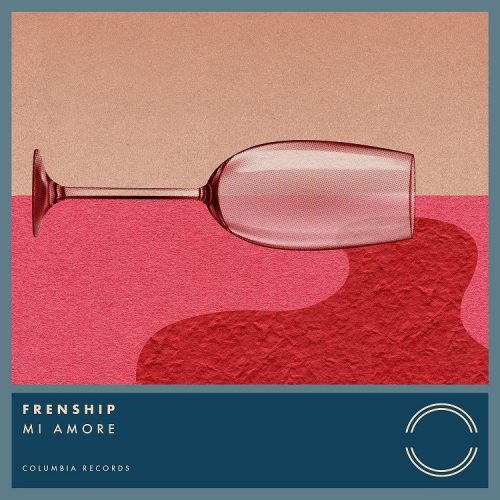 Acclaimed Los Angeles duo and Columbia Records recording artists FRENSHIP have released their newest single “MI Amore” today through all digital retailers and streaming services.  Listen to the track HERE.  Accompanying the song is a newly released video that captures the band’s livelihood on the road and features live performance and backstage footage from the road.  Watch it HERE.    Recorded in Los Angeles and produced by FRENSHIP, “MI Amore” unapologetically expresses the essence of the group’s journey over the course of the last couple of years.

“This song is an homage to many lessons we have learned throughout the last couple years,” the group explained.  “When you love something and truly care about it, chase after it with every ounce of your being and don’t let anyone or anything get in the way. This is an autobiographical song that we’ll tell the stories of around the fire someday. Til then, we couldn’t be more thrilled to have it out in the open-air.”

“MI Amore” is the latest in a string of singles the duo has put out this year, including February’s acclaimed “Love Somebody” and March’s “GOODMORNING, Goodbye”.  Combined, the tracks to date have accumulated nearly 10 million streams worldwide selling nearly 40,000 in combined consumption.

The group’s 2018 releases come on the heels of last Fall’s critically acclaimed EP, TRUCE and 2016’s massive breakthrough hit “Capsize” featuring Emily Warren.  “Capsize” totaled nearly 450 million streams, scoring at radio and notching multiple gold and platinum certifications around the world.  The track earned FRENSHIP the #2 Breakout Artist nod for 2016 on Spotify and a Shazam 2017 Emerging Artist tout, with the group becoming an in-demand breakthrough act at concerts and festivals around the globe, including Lollapalooza Chicago, Outside Lands Music Festival, Life Is Beautiful and others.  They drew raves opening for British indie band Bastille on their European and U.S. treks, also establishing themselves as a deserving headlining act.

Currently the band is in the middle of a 36-city North American theater tour which goes through May, and are set for an appearance this June at Bonnaroo with more dates to be announced.  Tickets for all dates are on-sale now.  For additional purchase information, please visit wearefrenship.com (updated routing below).

“MI Amore” is available now at all digital retailers and streaming platforms.

FOR ALL THINGS FRENSHIP: