BABY DRIVER VOLUME 2: THE SCORE FOR A SCORE TO BE RELEASED ON APRIL 13TH ON DANGER MOUSE’S 30TH CENTURY RECORDS 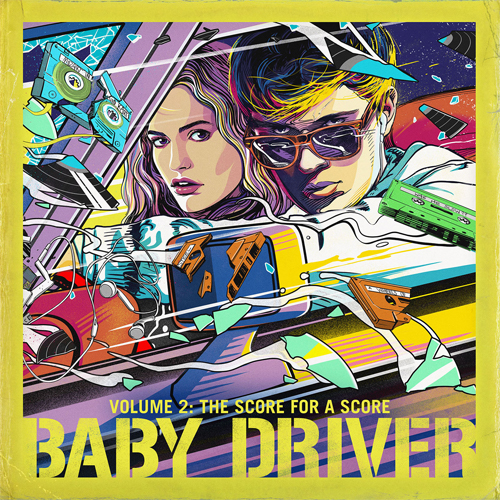 Featuring even more gems from almost every musical genre and spanning across multiple decades, Baby Driver Volume 2: The Score For A Score will be released on April 13, 2018 via 30th Century Records / Columbia Records.  The album features more memorable songs from the movie, exclusive tracks and special remixes that mirror the unique experience of the movie as well as dialogue excerpts from the film, and the unreleased score by Oscar winning composer Steven Price.  Available today for the first time is TaKillYa (Baby Driver Mix) – an original track exclusive to the soundtrack release here.

Pre-order Baby Driver Volume 2: The Score For A Score here.

This special album follows Music from the Motion Picture Baby Driver, the 30-song soundtrack from Edgar Wright’s critically acclaimed, music laden blockbuster film Baby Driver. The fast-paced soundtrack garnered two Grammy Nominations – including for Best Soundtrack – and sat atop the #1 chart position on iTunes. The soundtrack can be purchased both physically as a two LP and two CD set, as well as digitally across all retailers.

BABY DRIVER VOLUME 2: THE SCORE FOR A SCORE TRACKLISTING:

Written and directed by Edgar Wright, Baby Driver tells the story of Baby, a talented, young getaway driver who relies on the beat of his personal soundtrack to be the best in the game. For more information on Baby Driver, fans can visit @BabyDriverMovie across Facebook, Twitter and Instagram.

Since launching in December 2015 with the release of 30th Century Records Compilation, Volume I, Danger Mouse’s 30th Century Records, the imprint in collaboration with Columbia Records, has already built an impressive roster, releasing albums by Autolux, Sam Cohen, Maybird, Big Search, Dams of The West, Grandaddy, The Babe Rainbow and most recently Daniele Luppi & Parquet Courts.  Additional projects include the ambitious accompanying soundtrack for the acclaimed Amazon Original Series “The Man In The High Castle,” Resistance Radio: The Man In The High Castle Album which features everyone from Beck, Michael Kiwanuka, The Shins, Sharon Van Etten, + more, all covering songs from the early 1960s, and Music From The Motion Picture Baby Driver, the 30-song soundtrack for Edgar Wright’s blockbuster, music-laden film featuring gems from almost every genre and spanning across multiple decades, which also included an original song by Danger Mouse, Chase Me – featuring Run The Jewels and Big Boi.