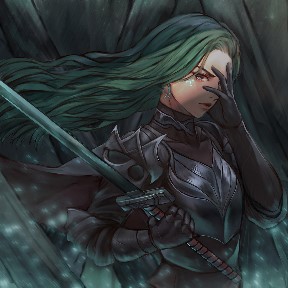 In speaking about the EP, Au/Ra says: “I’m so excited to have a collective piece of work out. It’s filled with songs that are all little stories with their own worlds and themes – from ‘Emoji,’ which talks about the difficulties of online communication, to ‘Ultraviolet,’ which describes a James Bond-like toxic relationship. I constantly get inspired by so many things in life, not even from my experiences, but from books, manga, TV shows, and movies. There are glimpses of those elements and emotions in each track. I hope everyone finds their own characters to play within the plot lines.”

Earlier this week, Au/Ra released the official video for “Emoji.” Directed by Sophie Ray, the visual follows Au/Ra as she applies make-up in an all pink bedroom when things suddenly take an unexpected turn. Watch the clip HERE.

Au/Ra collaborated with British DJ & production duo CamelPhat earlier this year for the remix of her song “Panic Room,” which has over 32 million streams worldwide and was #1 at Dance Radio for four consecutive weeks. She was also featured on Alan Walker’s hit song “Darkside” with Tomine Harket. Following the success of both tracks, Au/Ra is currently the 295th most streamed artist in the world on Spotify.

Au/Ra wraps up her North American tour with Tove Styrke this weekend and will join EDEN on a run of shows in the UK and Europe later this year. Visit www.heyitsaura.com for more information.

A uniquely nomadic teenager, Au/Ra is a frequent visitor to Los Angeles. She speaks and sings with the lilting accent of someone who lives there yet, in reality, English is her third language. Born in Ibiza, Au/Ra initially spoke Catalan as well as German. It’s partly this rich linguistic and cultural background that gives her the ability, at just 16, to write glistening alternative pop songs that can speak to anyone. Wildly talented, with an eye for detail, Au/Ra has started her career phenomenally well with her debut single “Concrete Jungle” garnering over 27 million streams worldwide.

In most of Au/Ra’s deeply visual, evocative lyrics is a sense of escapism influenced by her fandom of anime and fantasy. Growing up devouring Studio Ghibli films, she’s always loved to disappear into the soft-edged, uncanny world of Miyazaki animations and uses similar designs to flesh out the visuals that accompany her music. “I see my music in my head as anime,” she says. “The world of those movies, they’re so different, and the characters have so many random traits that make them weird in a unique way.”