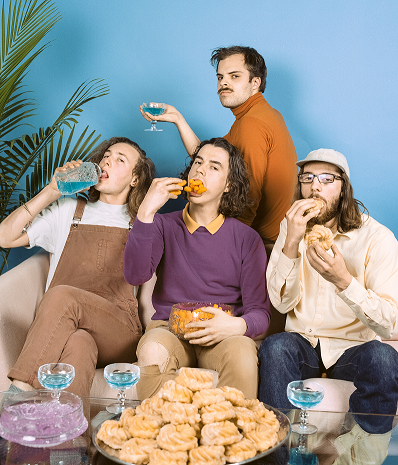 Vancouver based bedroom pop/indie rock band Peach Pit has released the official video for “Alrighty Aphrodite” from their debut album Being So Normal. Watch it HERE. Directed by Lester Lyons-Hookham, the visual was shot in one take and follows the band as they lurk into the frozen forests of Squamish, BC.

Speaking about their tour announcement, the band says: “Last month’s shows in New York, Los Angeles, and Toronto were really fun. We hit a couple speed bumps along the way with guitars falling apart on stage and things like that, but the crowds were so rad it didn’t matter. After touring a bunch over in Europe this year, we’re excited to return to the U.S. and Canada – a little more confident, a little more road worn, a few more hairs in Chris’ stache. See you on the road soon!”