FIRST TASTE OF NEW MUSIC FROM THE BAND 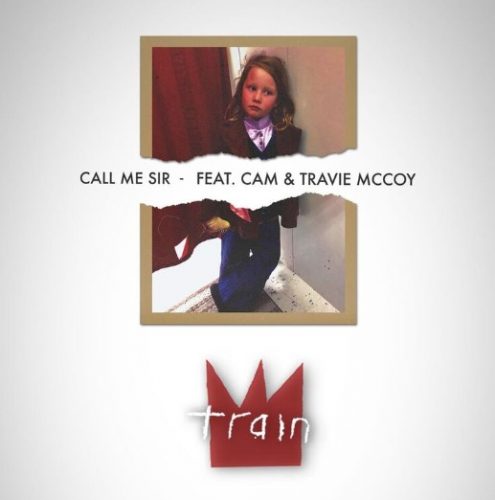 SINGLE ARTWORK FOR MEDIA USE HERE

Known for their countless chart-topping hits, multi-platinum-selling band TRAIN today debuts their much awaited single, “CALL ME SIR” via Columbia Records.  Featuring Gym Class Heroes’ Travie McCoy and country singer/songwriter Cam, the song showcases Train’s signature sound with an infectious chorus. The single will be added to Train’s set list during their current co-headline summer tour with Daryl Hall & John Oates.  “CALL ME SIR” is a soon-to-be song of the summer and is available across digital service providers.

Listen to “Call Me Sir” HERE

About Train
Train is a multi-GRAMMY and Billboard award-winning band from San Francisco, CA that has had 14 songs on Billboard’s Hot 100 list since the release of their debut self-titled album – hits include “Drops  Of Jupiter,” “Hey, Soul Sister”  “Drive By” and “Play That Song.” They’ve sold more than 10 million albums worldwide, more than 30 million tracks, amassed over a billion streams with multiple platinum/gold citations, and dozens of other honors. Last year, the band released their 8th studio album, a girl a bottle a boat, via Columbia Records spawning the lead single, “Play That Song,” which went platinum in 4 countries including the US, hit Top 5 on the US iTunes chart, Top 10 at Hot AC radio, charted at Adult Top 40 and holds almost 70 Million streams on Spotify alone.