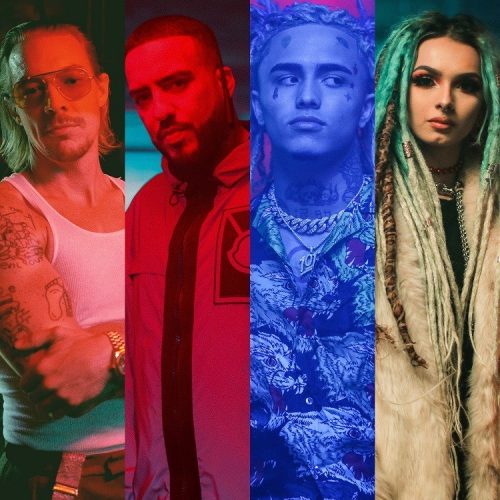 THE HIGHLY ANTICIPATED FILM DEADPOOL 2 HITS THEATRES ON MAY 18

Diplo, French Montana, Lil Pump and Zhavia Ward have joined forces to unveil their new track “Welcome To The Party” today from Twentieth Century Fox Film’s highly anticipated Deadpool 2. The track, which was co-produced by Valentino Khan, was featured as Zane Lowe’s World Record on Beats 1 on Apple Music this morning. The official music video for “Welcome To The Party,” directed by Jason Koenig, is set to release later this month. Deadpool 2: Original Motion Picture Soundtrack is due to release May 18 via Columbia Records and is available for preorder now.

“Welcome To The Party” is the second original song to be released from Deadpool 2: Original Motion Picture Soundtrack, and follows the release of “Ashes” by Celine Dion, which became an instant viral hit and has amassed over 19 million video views to date.

After surviving a near fatal bovine attack, a disfigured cafeteria chef (Wade Wilson) struggles to fulfill his dream of becoming Miami’s hottest bartender, while also learning to cope with his lost sense of taste. Searching to regain his spice for life, as well as a flux capacitor, Wade must battle ninjas, the yakuza, and a pack of sexually aggressive canines, as he journeys around the world to discover the importance of family, friendship, and flavor – finding a new taste for adventure and earning the coveted coffee mug title of World’s Best Lover.