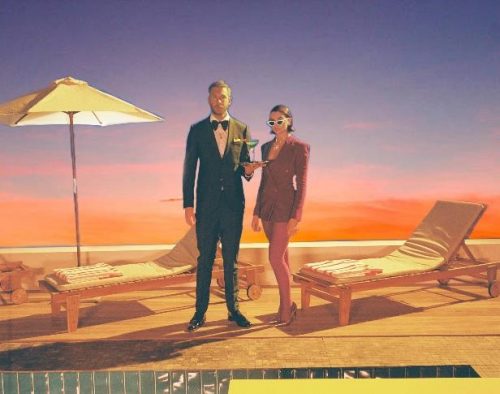 In just three weeks, the track has garnered over 120 million worldwide audio and video streams and has accumulated 72 million in total audience at US radio.  One Kiss has also hit #1 on the singles chart in multiple countries across the globe.

ABOUT CALVIN HARRIS:
Heavyweight producer, DJ and songwriter Calvin Harris stands as the figurehead for modern dance music, having broken world records and dominated the charts with his many hits. As one of the most successful artists of all time and the most played Scottish artist of the 21st century, Calvin Harris has collaborated with global stars including Frank Ocean, Pharrell Williams, Rihanna, Katy Perry, and Ellie Goulding to name a few. His work has garnered a number of music awards and nominations including 13x Brit Award nominations, 14x VMA nominations, 4x Grammy nominations and a 2013 Grammy Award win in the Best Music Video category for “We Found Love”. Calvin’s latest release, “One Kiss” with Dua Lipa, marks the fastest ascent to #1 in Dance radio chart history. To date, Harris has sold over 10 million albums and 35 million singles worldwide, with 8.5 billion combined audio streams and 7.9 billion combined video streams, making him one of the most viewed artists on YouTube & Sony’s biggest streaming artist with almost 16.5 billion audio & video streams in his career history.