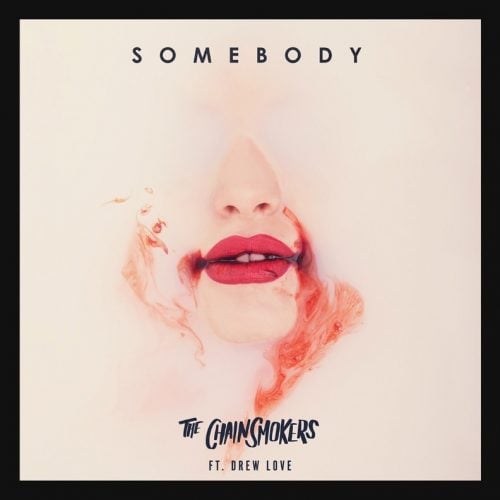 “Somebody” follows the release of a string of singles this year including “Sick Boy,” “You Owe Me” and “Everybody Hates Me.” All four tracks are now available together as an ongoing building album HERE.

The duo has also released the next set of six episodes in their new documentary series, The Chainsmokers – Memories, exclusively on Apple Music. All of the episodes are available now HERE, with more episodes to follow.
Alex and Drew received an incredible six Billboard Music Awards nominations this week, with nods in the Top Duo/Group, Top Dance/Electronic Artist, Top Dance/Electronic Album, Top Radio Song, Top Collaboration and Top Dance/Electronic Song categories. The 2018 Billboard Music Awards will air on NBC, broadcasting live from MGM Grand Garden Arena in Las Vegas, on Sunday, May 20 2018 at 8PM ET.

The Chainsmokers are set to perform their hit “Sick Boy” for WE Day California, which will air August 17 on ABC at 8pm ET / 7pm CT. WE Day is a series of inspiring events that celebrate young people taking action on pressing social issues.

The duo will also continue touring across the globe this year. For a full list of shows, visit http://www.thechainsmokers.com/shows.