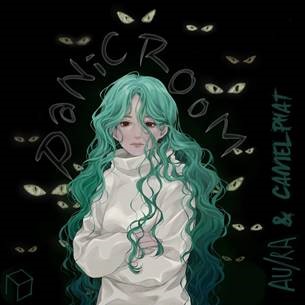 Following the release of her latest song “Panic Room,” Columbia Records recording artist Au/Ra has collaborated with CamelPhat on a remix of the track – listen HERE. During a recent studio session, British DJ & production duo CamelPhat decided to take the captivating original version of “Panic Room” and apply their signature sound, adding another dimension to the unique world of Au/Ra. The track comes with an accompanying remix video – watch HERE.

“‘Panic Room’ is probably the darkest song I’ve written. It’s about something I don’t feel like a lot of songs talk about, which is anxiety. ‘Panic Room,’ to its very core, is about battling self-doubt and fear, and how sometimes you can be your biggest enemy. The word panic room ties into the song by saying that when fear consumes you, it automatically puts you into that panicked headspace. You think you’re safe in the panic room, but really you’re avoiding the issue and lying to yourself when you should be dealing with the problem.” reflects Au/Ra.

Earlier this year, Au/Ra released an acoustic rendition of her single “Outsiders.” Check out her ethereal, guitar driven rework of the original, which has over one million global streams, HERE. As one of VEVO’s DSCVR Artists To Watch 2018, Au/Ra also filmed a beautiful live performance of “Outsiders,” watch HERE.

CamelPhat released their track “Cola” at the end of last year, which is now certified Gold in the UK, Australia, and Belgium. They have garnered an impressive 60 million streams worldwide, with 5.5 engaged listeners across Spotify.