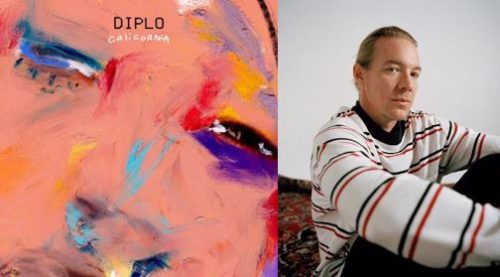 California, the new EP and first solo body of work in five years from global superstar Diplo, is out now on Mad Decent. Stream it here and download here.

Diplo celebrated the release with a very special release event at The Seventh Letter Gallery in Los Angeles this week, which featured original works created for the EP by James, as well as surprise performances from Mark Ronson and DRAM.

Watch the animated video for “Get It Right” featuring Goldlink and MØ, which debuted this week, here as well as previously released videos for “Worry No More” featuring Lil Yachty and Santigold and “Look Back” featuring DRAM.

The new music follows a remarkable year for Diplo. Major Lazer’s documentary Give Me Future, shot at the group’s historic, 400,000-person Havana, Cuba show in March 2016, premiered to rave reviews. The band also released a companion album to the film entitled Major Lazer Presents: Give Me Future—Music From and Inspired by the Film and an acclaimed EP, Know No Better.